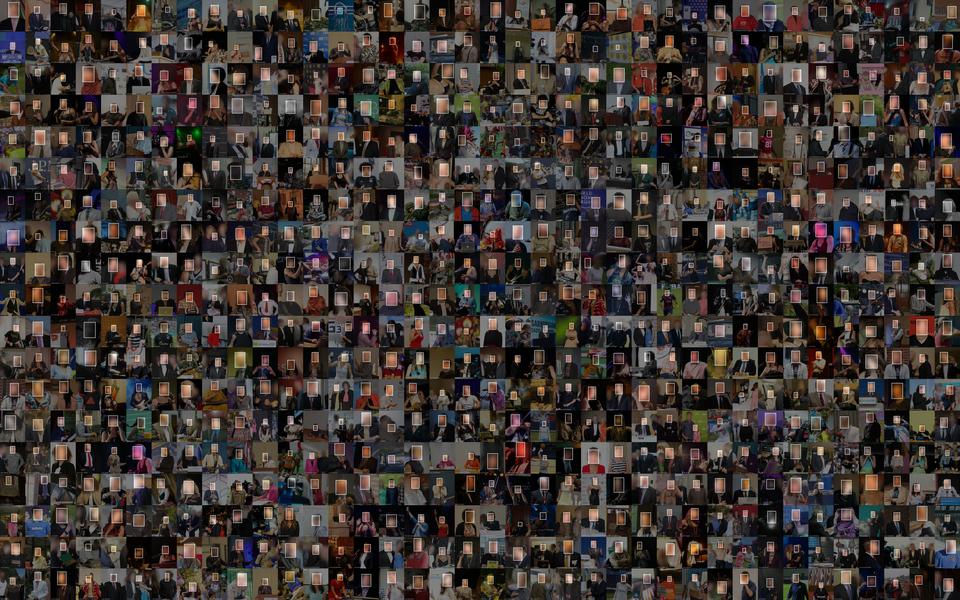 IARPA Janus Benchmark C (IJB-C) is a dataset of video still-frames and photos used for face recognition benchmarking. The dataset was published in 2017 and contains 21,294 total images. Exposing.ai located 5,757 original photos from Flickr used to build IJB-C and made this information searchable through this site's database search engine.

The IJB-C dataset includes both images and names. The name list includes 3,531 individuals. Many are activists, artists, journalists, foreign politicians, and public speakers. Unlike other datasets such as VGG Face that used the Internet Movie Database as a starting point for gathering names of actors and celebrities, the IJB-C dataset authors instead relied on "YouTube users who upload well-labeled, person-centric videos, such as the World Economic Forum and the International University Sports Federation were also identified". These sources were identified as ideal candidates for the IJB-C dataset. 1

This approach resulted in casting a wide net gathering many individuals who frequently give lectures to online audiences, or participate in conferences that were later posted to YouTube. Using videos from YouTube is a clear violation of their policy, which Google clarified in a November 2020 memo and recently re-clarified in a May 2021 memo further emphasizing in bold text that using data from YouTube for face recognition is a violation of their Terms of Service However, thousands of faces from over 11,000 YouTube videos are included in the IJB-C face recognition benchmarking dataset, along with full names for each person. In total the dataset includes face data from 11,799 YouTube videos and 21,294 photos from Wikimedia or Flickr. According to the dataset authors, all the "images were scraped from Google and Wikimedia Commons, and Creative Commons videos were scraped from YouTube." 1

One video included Jillian York, a digital rights activist who has opposed such surveillance technologies. In 2015, York delivered a lecture at the Chao Computer Congress (32C3) titled "Sin in the Time of Technology". Several years later Nobilis, a US government contractor, pulled the video from YouTube and copied 41 frames of Jillian York's face into the IJB-C dataset. York was never asked permission or even notified that her biometrics were being used in an IARPA research project with the goal of improving face recognition for intelligence analysts. The reasons that York's biometrics, along with over 3,000 others, were chosen for the IJB-C dataset is not clear. The only criteria provided by the dataset authors is that source material must include well-labeled, person-centric data. It's likely that the permissive and often misunderstood Creative Commons license was a factor in using the video. Promotional material posted by IARPA and the Office of Director of National Intelligence show the context for how technology developed in the Janus program may be applied, describing the intended outcome as "Radically Expanding the Scenarios in Which Automated Face Recognition Can Establish Identity", above an example scenario showing Osama Bin-Laden. 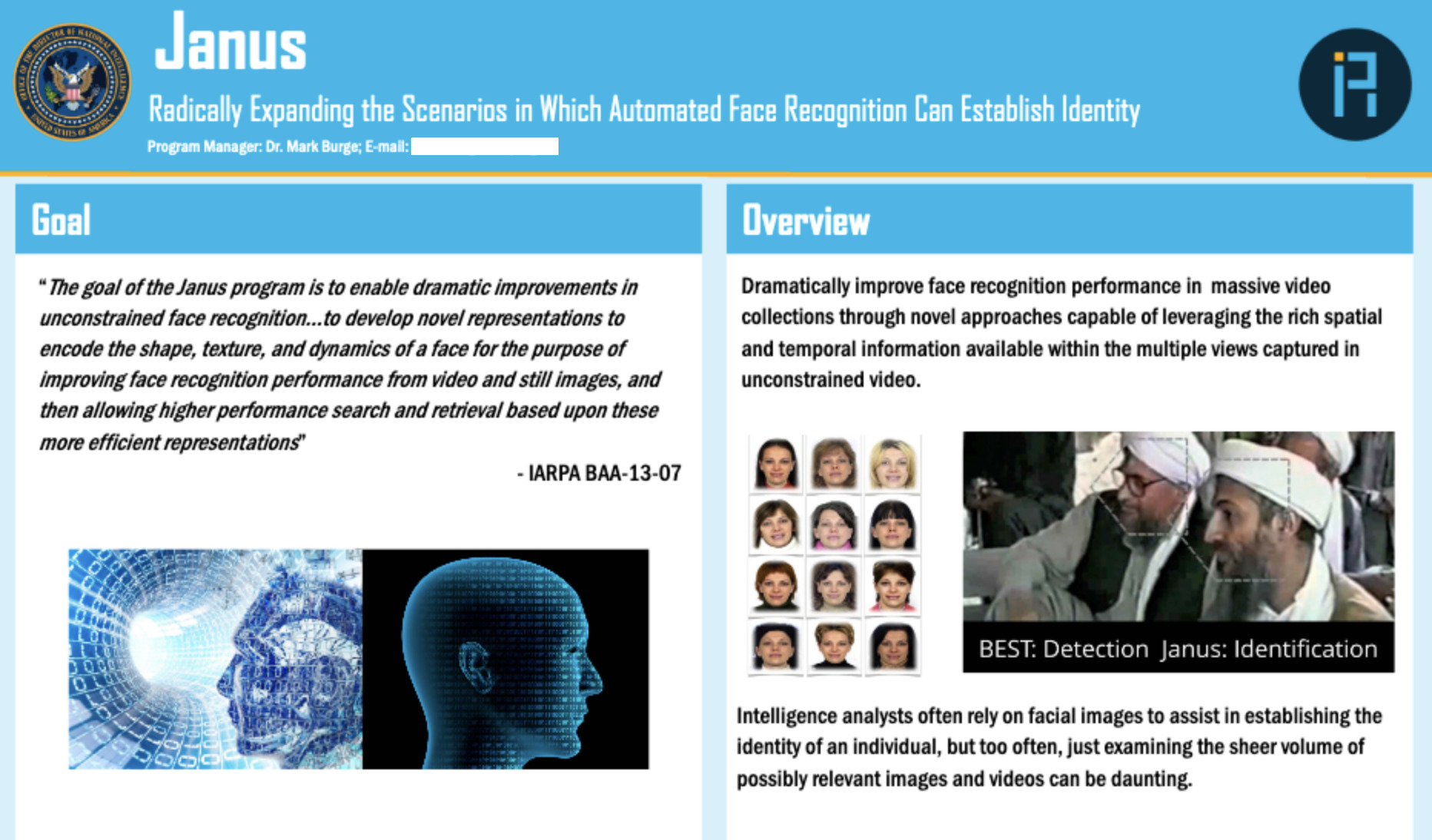 The IJB-C dataset is part of the Janus face recognition program, that was first announced in 2013 with the goal of "Radically Expanding the Scenarios in Which Automated Face Recognition Can Establish Identity"

The original dataset is over 200GB and includes a CSV file "ijbc_subject_names.csv" with SUBJECT_ID and SUBJECT_NAME columns listing all 3,531 identities used in the dataset. Several of the names are listed below, along with a summary of the YouTube videos used for building the dataset.

Sample of Names in the IJB-C Face Recognition Dataset

To help understand how IJB-C has been used around the world by commercial, military, and academic organizations; existing publicly available research citing IARPA Janus Benchmark C was collected, verified, and geocoded to show how AI training data has proliferated around the world. Click on the markers to reveal research projects at that location.

If you reference or use any data from IJB-C cite the author's work: